A Trip to Sibenik on Croatia’s Stunning Adriatic Coast

When we were finishing up our time in Zadar we weren’t sure where we were going to go yet. We had heard that Dubrovnik might be a bit overrated/overpriced, and we had just come from Plitvice Lakes National Park so we weren’t sure if it would be worth it to go to Krka National Park. After a talk with our hostel host we decided that we would head down to Sibenik to at least go see a smaller sea side town in Croatia. He said it was one of the last old cities on the Adriatic coast of Croatia that isn’t yet spoiled by tourism. Count me in!

When we got there we didn’t really know what exactly we would be looking for. So naturally we headed out for a long walk around town. This soon turned into a really fascinating walk in one of the most time-traveling walks I’ve taken! We walked down the side of the harbor on the way to the little beach on the edge of town where we were told not to expect too much of the sand.

The real treat though was during the walk over. You pass through a marina that has the feel of a much older time. Fishermen are prepping their boats and offloading the days catch. 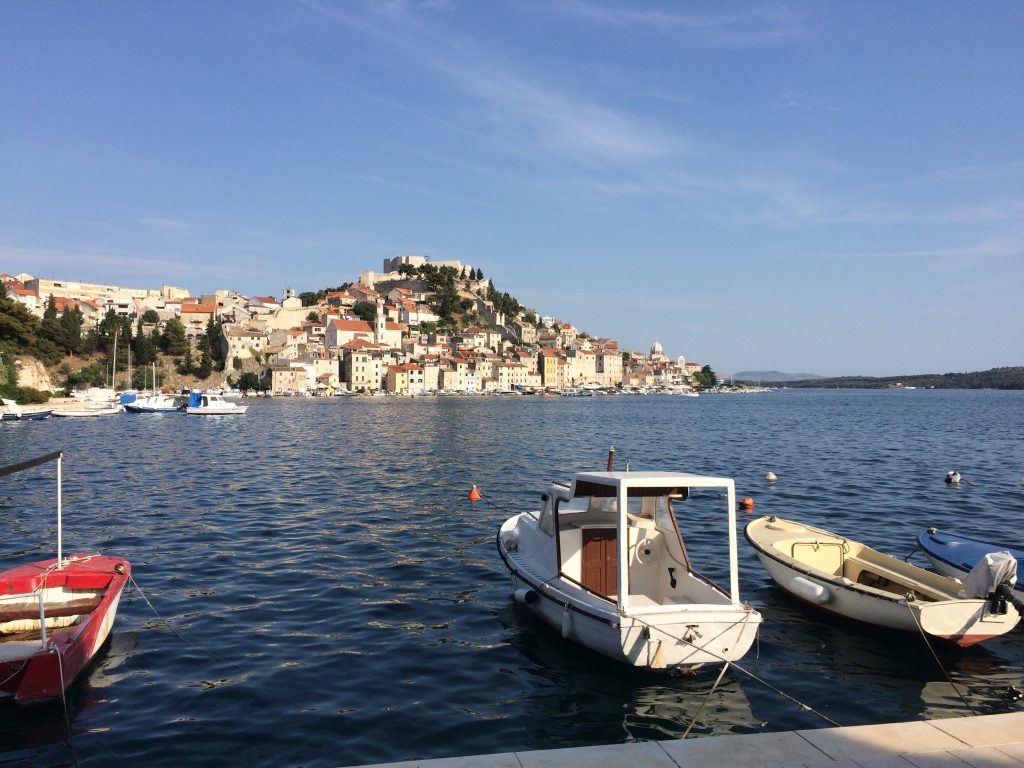 What to eat in Sibenik

Before going to Croatia we were in Hungary where goulash is the go-to meal. We were told that Croatia had their own variety of goulash, and that it was even different city by city in Croatia. After a local mentioned that Sibenik was a great place to try a hearty goulash, we made our way to a local restaurant to try it out. It was definitely unique compared to a Hungarian goulash. It was less spicy, and more rich like a roast beef. The portions were gigantic! 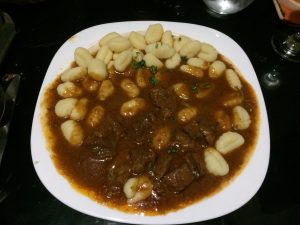 We finished eating just in time for sunset. The restaurant was right on the hill facing the bay heading out to the Adriatic sea. We watched sailboats navigate out through the channel headed out to sea as the sun set and the sky glowed. What an amazing place to be! 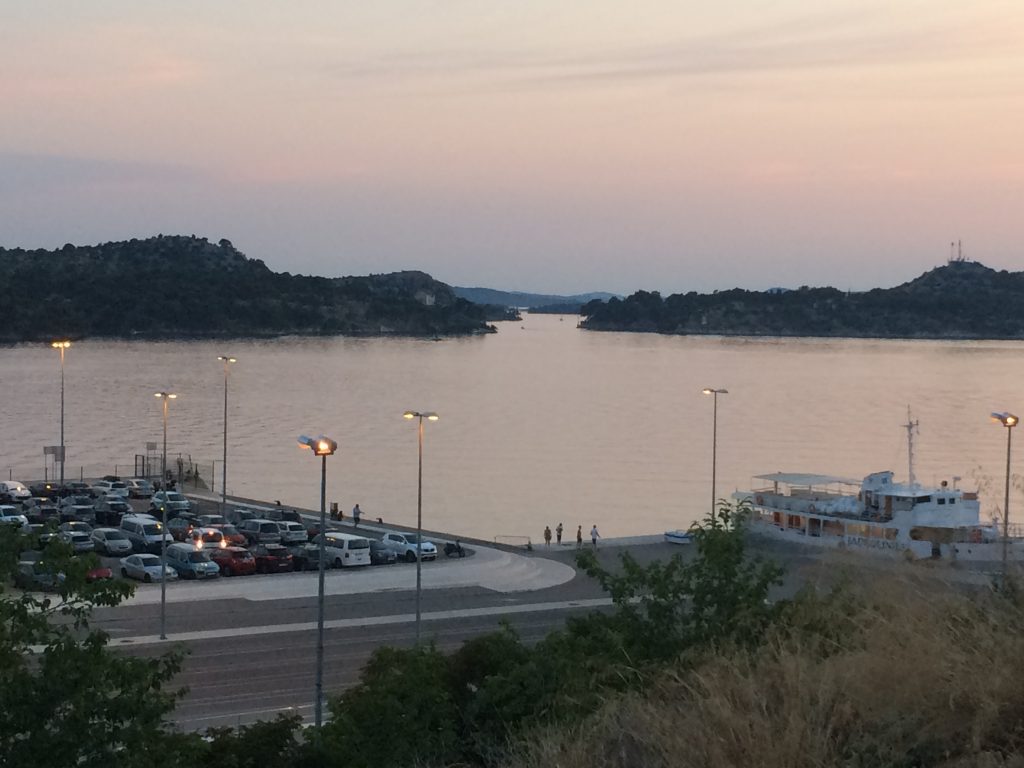 The beach in Sibenik

We finally made it to the beach! It turns out it’s more a bed of smooth rocks than a golden sandy beach that you might hope for. I guess I should have seen it coming based on the way that it was described to me. As you can see it was really quite crowded, not many open places to lay down. The upshot to that though is that we couldn’t spot a single tourist! It’s always nice when you get into a really cool town and have the feeling that it isn’t overrun by tourists. There are bathroom facilities and a nice cafe for some food and drinks at the beach. 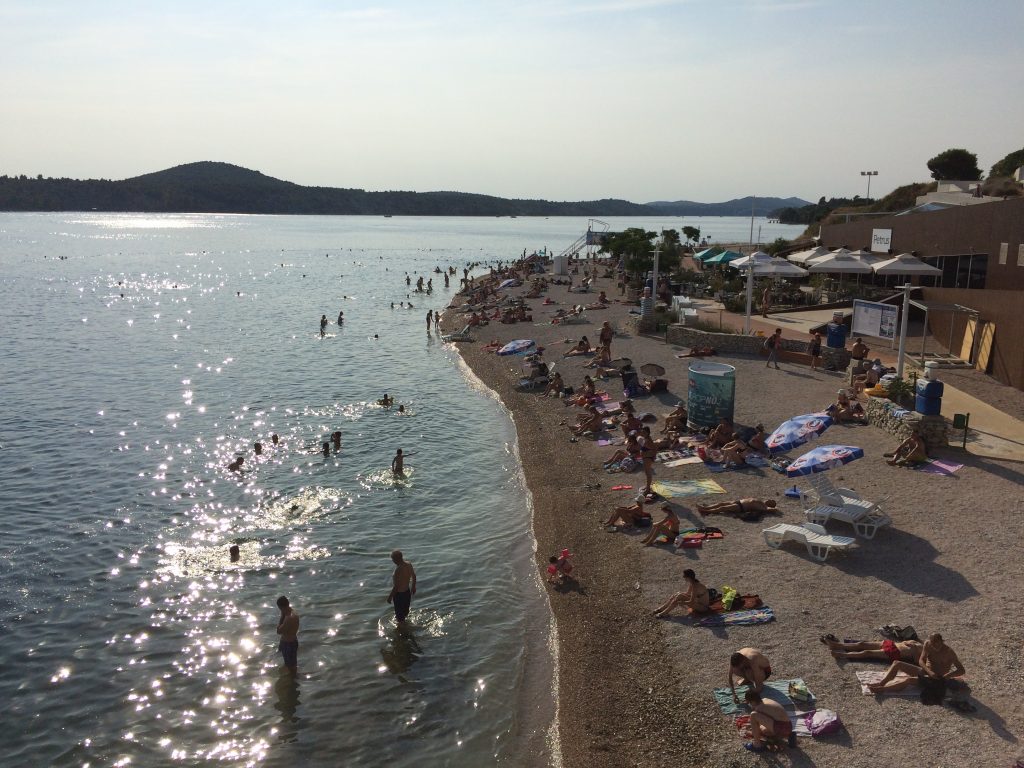 About the Author: Nick

I write for kicks, hope you get some value from it.